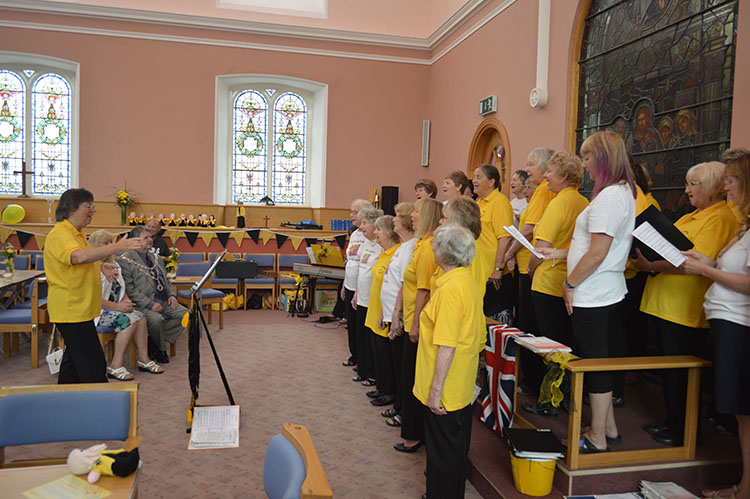 At 9 a.m. precisely, the ladies began their 12-hour singing extravaganza, encouraged by the Mayor of Torpoint, Councillor John Crago and his wife. The choir was supported throughout the day by a number of supporting solo and small group acts from amongst their wide circle of friends. 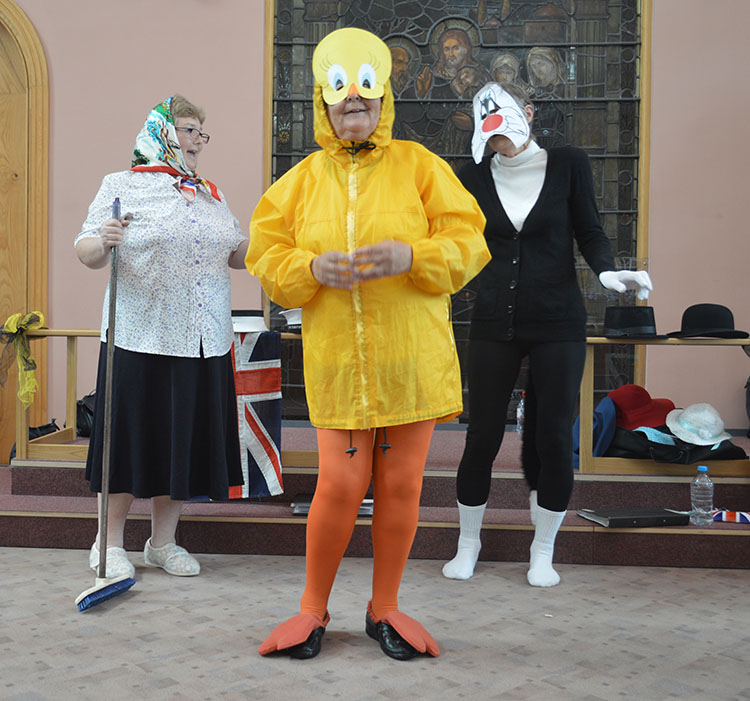 In the afternoon, several choir members contributed cabaret acts to lighten the proceedings. One of these was a performance of the famous Tom and Jerry cartoon song, "I tawt I taw a putty cat, a tweeping up on me..." sung by Sarah Casey, Judy Jenkins and Sarah Thomas. 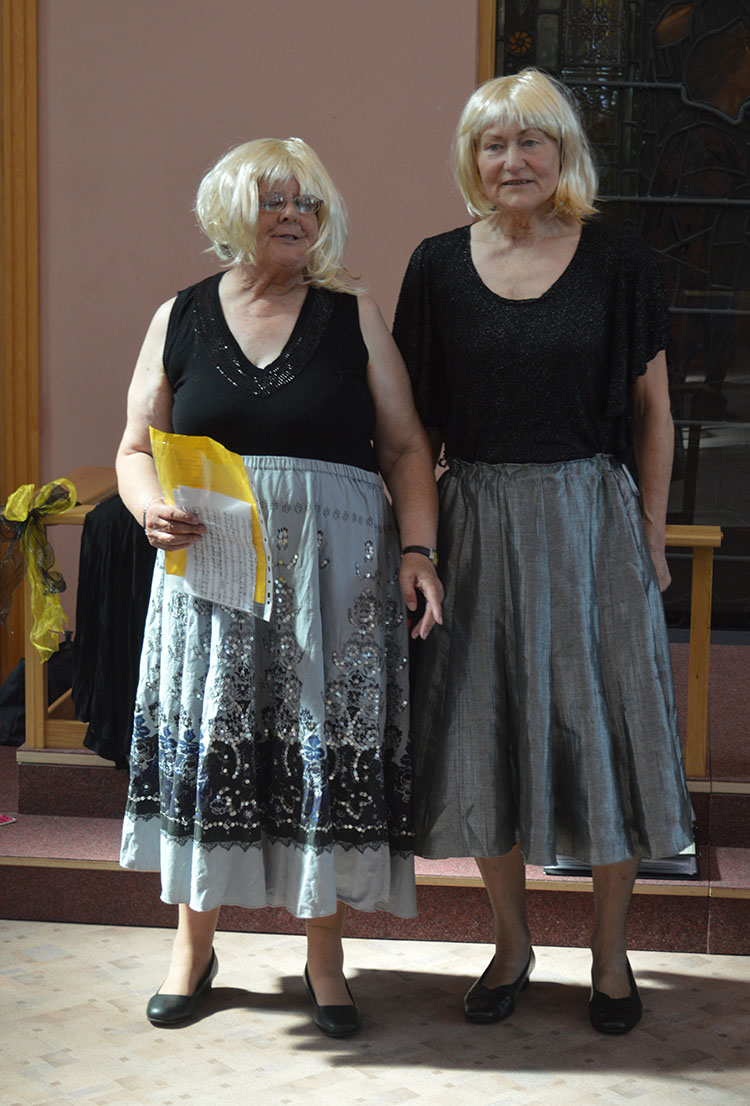 They followed up with a performance of "Sisters", in which the matching pair end up squabbling over the matelot (below), played by Sarah Casey. 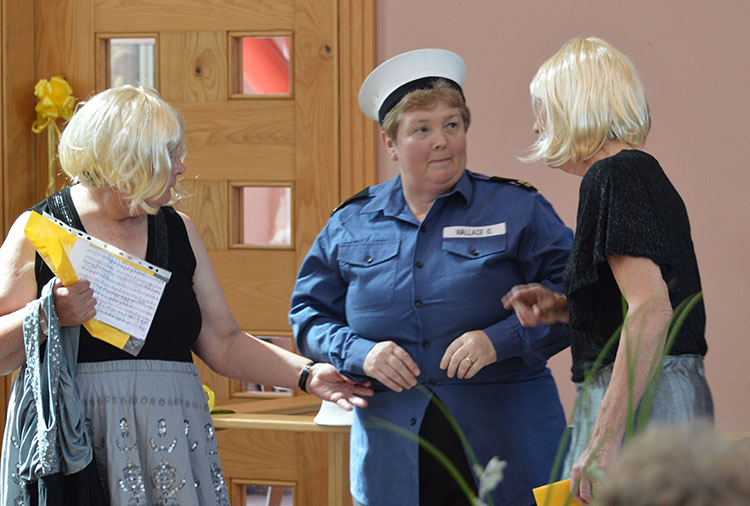 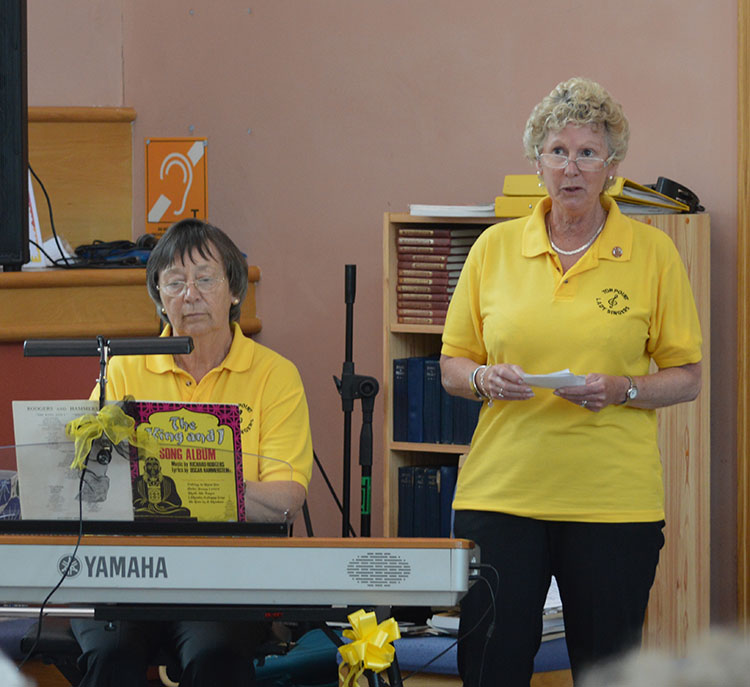 Accompanied by MD Sylvia Fraser, Chris Trethewey (above) sang songs from The King and I. 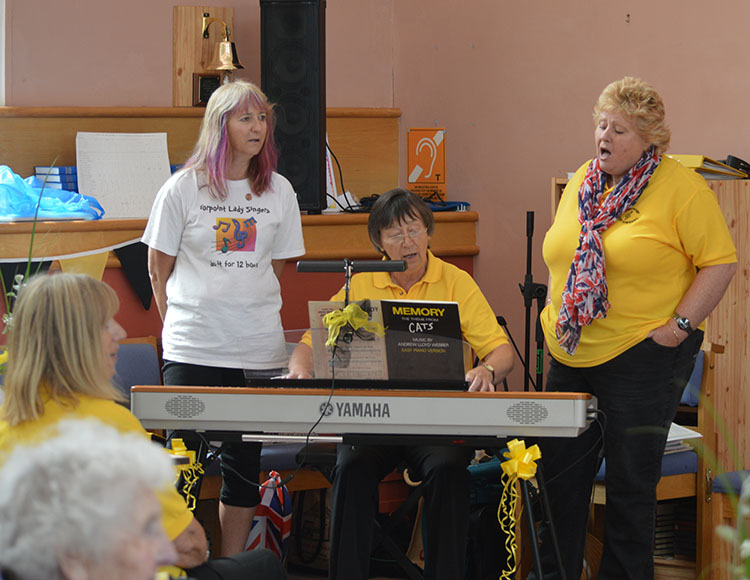 Sylvia was just one of a a number of accompanists, including the choir's regular and indispensible accompanist Sue Westwell, who accompanied more casual performances by Debbie and Lyn Murray. 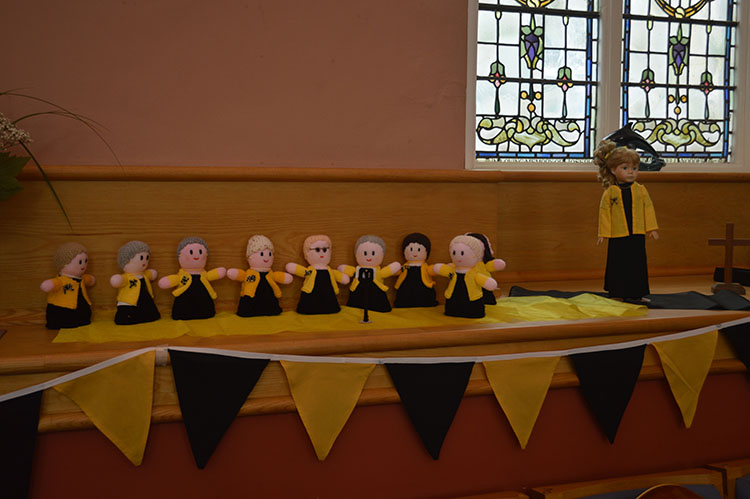 Just a few of the growing "choir" of mascots, made for members by Jennie Reid.