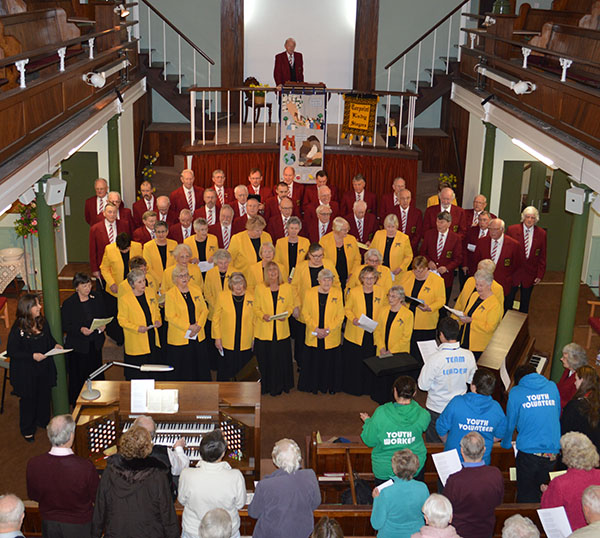 On Saturday 12 March, the ladies performed with the Brixham Orpheus Male Voice Choir at their beautiful Brixham Methodist church. The event was extremely well attended and, besides the usual programme of set pieces by both choirs, as well as some incidental items, the choirs were joined by the audience in two communal hymns, as shown above. As a result of this most entertaining concert, a generous sum of money was raised for the local charity, The Youth Genesis Trust.

The TLS opened with a new piece in their repertoire, Every Time I feel the Spirit, a spiritual arranged by Alan Simmons. Then followed a group of three pieces from the popular musical, West Side Story: America, and Tonight, between which two, the MD of The Lady Singers, Sylvia Fraser, teamed up with their accompanist, Sue Westwell, to play the beautiful song Maria as a piano duet. The set was concluded with a Johann Strauss composition, The Nun's Chorus from Casanova.

For their contribution to the second part of the concert, the ladies performed a set of four songs all with an appropriate nautical theme, and each with a different emotional tone. Thus, Bobby Shafto was jolly, the Kesselmann arrangement of Skye Boat Song was atmospheric, the cartoon-like music of The Skippers of St. Ives was comic, and the old favourite, Bridge Over Troubled Water, was uplifting. 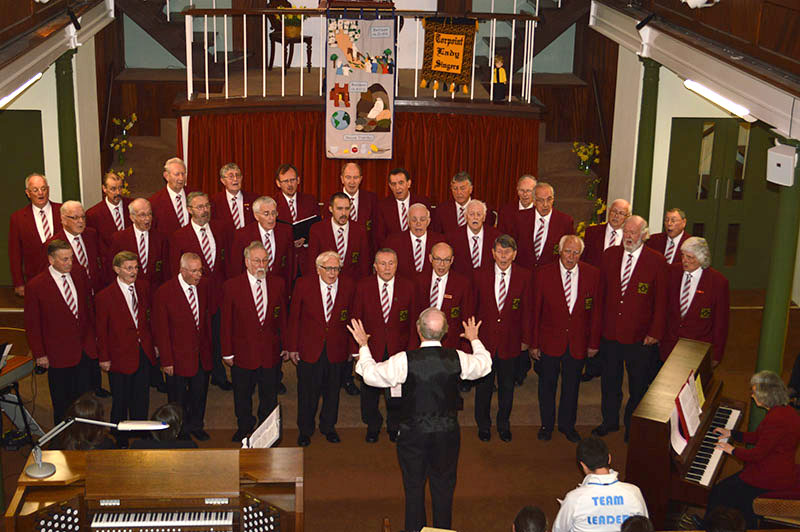 For their part, the men opened the concert with a beautifully performed set of numbers: Rachie, Can't Help Falling in Love, Let's Face the Music, and Amazing Grace. In the second half, an especially beautiful trio of love songs was made more poignant by the loss on the same day of the wife of a choir member. Besides Always on My Mind and If We Only Have Love, the choir dedicated Love Me Tender to her memory. 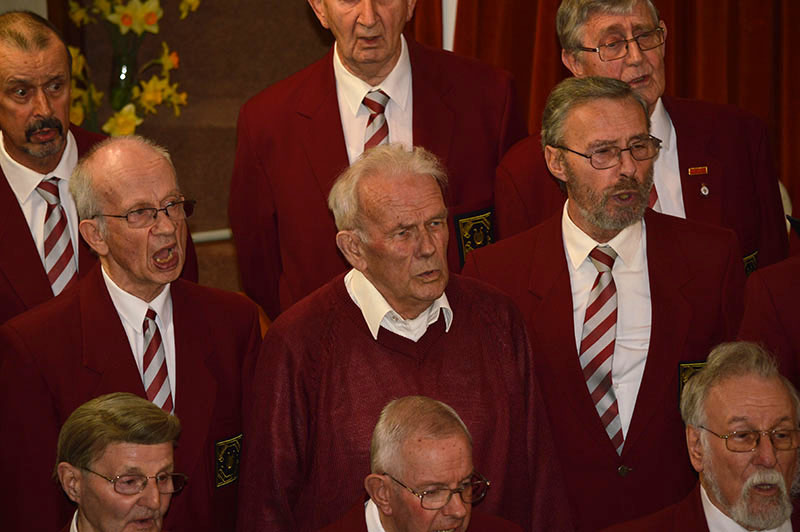 In their final piece, American Trilogy, the choir was joined by a visiting supporter of the ladies who was himself, a member of the Rame Peninsula Male voice Choir, Bill Duncan (centre, above). 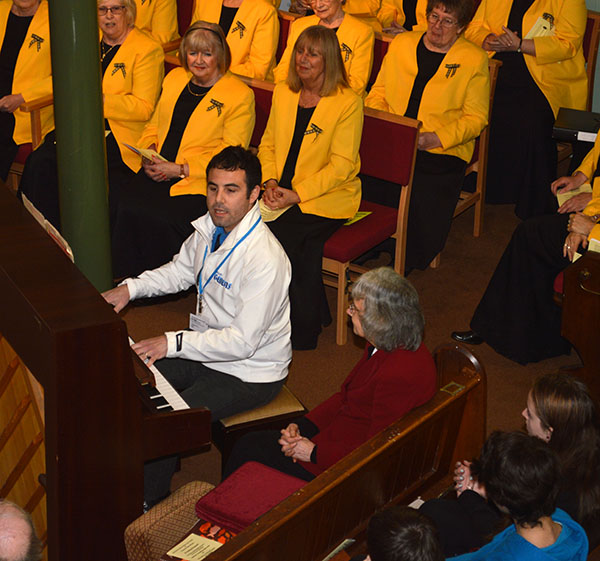 More incidental items were provided by Jonathan Oliverio who entertained the audience with some old-time music, as well as some expertly played Scott Joplin pieces. 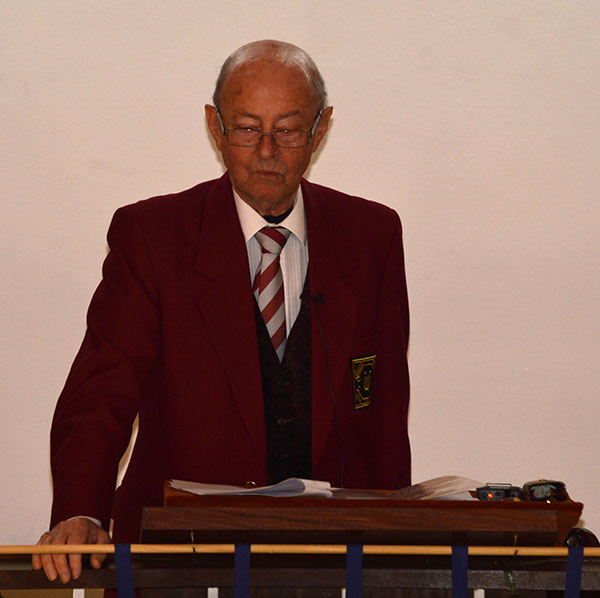 The evening was compered by Captain Bob Curtis.